, which is explicitly manifested as the left or right circular polarization states. Orbital angular momentum refers to the helical phase distributed (exp(ilφ)) wavefront that is  perpendicular to the propagating direction of light and is lℏ per photon. The quantum number l, which tells the topological charge of the OAM beam, can theoretically be arbitrary integer, which means that there’s supposed to be infinite OAM for every single photon. For this superior property, OAM-carrying vortex beams have been widely employed in optical communication, optical super-resolution, optical trapping and manipulation, laser fabrication and optical data storage. At present, OAM beams could be generated by several methods including spiral phase plate method, variable spiral plate method, hologram folk grating method and spatial light modulator method. However, most of these approaches focus solely on single OAM beam generation, which now can’t meet the needs of producing multi-focus array light field.

A new illuminating device, which is capable of generating periodic array of focused OAM beam, is proposed and devised for this issue by Prof. Xiangping Li and Prof. Yaoyu Cao from the Nanophotonic Devices research group, Jinan University. The phase distribution of the device consists of two components: the focusing phase distribution and the spiral vortex phase distribution. In accordance with fractional Talbot effect, aided with the detour phase encoding technique, discretized phase distribution of the phase plate could be calculated with the multi-level phase distribution, which is proportioned to the phase shift as designed, transformed to the lateral displacement of the rectangular bars from the center of unit cell. Meanwhile, using the finite difference time domain (FDTD) method, focusing characteristics of the device with periodic square and hexagonal structures was simulated. It was found that all the single focused light beam in the illumination plane share the identical intensity distribution and phase profile. Also, if changing the arrangement of phase-regulation unit from the square to hexagonal Talbot array, which is more ‘symmetric’ than its square counterpart, the symmetry of the intensity distribution of the focused spot with vortex phase distribution would changes accordingly. This optical device has demonstrated its merits of feasible fabrication, splicing, duplication and integration, etc., and could be a promising platform for the generation of high-quality large-area array-type OAM beams for optical trapping, optical manipulation, optical fabrication and so forth.

The Nanophotonic devices group, affiliated with the Guangdong Provincial Key Laboratory of Fiber Optic Sensing and Communication Technology, Institute of Photonic Technology, Jinan University, was co-founded by  Prof. Xiangping Li and Prof. Yaoyu Cao in 2015. In 2017, the group gained funding from the ‘Pearl River Talents Plan’ of Guangdong Province and has been dedicating to supporting the development of big-data optical storage technique. Currently, the research group comprises 11 teachers (including 2 professors and 6 associate professors), 3 postdoctoral researchers and over 30 graduated students. Equipped with the advanced ultra-clean laboratory, ultrafast laser systems for imaging and nanofabrication and electron beam fabricating facilities, the group have been committed to developing advanced photonic technologies including laser nanofabrication technique, optical storage techniques, super-resolution optics, meta-materials and nanoplasmonics. Hitherto, over 20 national and provincial funded projects have been conducted with more than 60 peer-reviewed papers published in several internationally acclaimed journals including Science, Nature Communications, Light: Science & Applications, Nano Letters, Nano Energy, ACS Nano, Advanced Functional Materials and so forth. Meanwhile, the group has been dedicated to fostering and maintaining collaborative working relationship with the world’s outstanding scholars in the field of nanophotonics. 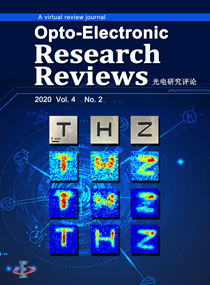