Since the advent of the laser in 1960, new manufacturing technology using laser as an energy source and tool has begun to take the stage of history and led the manufacturing technology into a new era of laser manufacturing. The early laser manufacturing technology mainly depends on the thermal effects of the laser, which inevitably leads to the rough surface and lack of accuracy. In this occasion, the practical applications have been severely limited. With the vigorous development of laser technology, laser manufacturing technology is gradually developed as the laser micro/nano processing and applied to the micro/nano material precision machining. Laser micro/nano processing is mainly dependent on the interaction between laser and matter, changing the state and nature of matter to achieve micron and nano-scale or cross-scale control. Due to the extremely extended effects of energy fluence, the space and time scale of the laser micro/nano processing, the controllable scale of the absorbed energy of the manufacturing body respectively, it could result in the totally different physical effect and mechanism of action utilized by the manufacturing process from the traditional manufacturing. The ability of laser micro/nano processing to fabricate complex structures and quality is much higher than that of traditional manufacturing. For example, the ultrafast laser processing can make materials instantly irradiated into the plasma state with its unique ultrashort pulsed width and ultrahigh peak performance. Another example is the excimer laser cold processing based on the photochemical reaction, avoiding processing defects resulting from hot melt and then effectively improving the processing accuracy. The remarkable advantages of laser micro/nano processing have facilitate the generation of a large number of new products (such as large-scale integrated circuits, MEMS/NEMS, etc.), high performance of plenty of products (such as aero engines, gas turbines, solar cells, etc.) and the corresponding high-tech industries.
Researchers in various countries pay more and more attention to the research of laser micro/nano processing technology, and have invested a great deal of resources. As the largest manufacturing country, China also has its own advantages and features. For example, Chinese researchers have refreshed the record of laser processing resolution and extended the application field of laser micro/nano processing to microelectronics, micromachining, micro-optics, microfluidics, bio-manufacturing, etc. In 2016, China officially implanted the "additive manufacturing and laser manufacturing" into the state's key research and development plan. This plan will receive strong support in billion-level funding from national research funding. The prospect is promising and remarkable. It is believed that laser micro/nano processing will become an indispensable part of manufacturing in China, even globally.
Along with the fast development of nanotechnology in industrial applications, emerging nanotechniques compel dramatically increasing demands on micro/nanostructures’ fabrication. This special issue is intended to highlight the great significance of laser technology as an effective tool in microprocessing and nanofabrication. Experts in this area are invited to illustrate the new trends of research blue oceans as well as well-developed laser techniques in matured markets in order to further bridge the research and industry for the most benefits to enable economic transformation and raise quality of life.
Four review papers and seven research papers have been included in this special issue. “Dual-Beam Super-Resolution Direct Laser Writing Nanofabrication Technology” summarized emerging applications of dual-beam super-resolution laser direct writing in relevant fields. Eventually, challenges in how to fulfill low-cost, high efficiency, large area and multi-functional materials’ fabrication and its future development are discussed; “Research and development of femtosecond-laser hyperdoped silicon” summarized the basic theories and several physical models of femtosecond laser-silicon interaction, introduced its applications in relevant areas, and depicted future prospects of femtosecond laser hyperdoped and processed silicon; “Research progress in superhydrophobic surfaces fabricated by laser” summarized several typical approaches, theories and relevant applications of laser fabricated superhydrophobic surfaces; “Review of UV laser and its application in micromachining” introduces the development and application of UV laser in the micromachining of semiconductor, optical element and polymer. It gives some prospects and forecasts about research in the further development.
To meet the growing demanding of high-efficiency femtosecond, picosecond and nanosecond laser processing in fabrication of medical devices, aerospace engineering, surface engineering and other areas, the research papers in this special issue introduce microtube fabrication based on femtosecond Bessel beam and its flexible driving with external magnetic field, fabrication and bacterial adhesion of metal dry electrode with surface microstructure arrays, effect of constant temperature substrate on microstructure and hardness of Al2O3-based Eutectic Ceramics, picosecond laser microfabrication of infrared antireflective functional surface on As2Se3 glass, and advanced laser cleaning techniques. 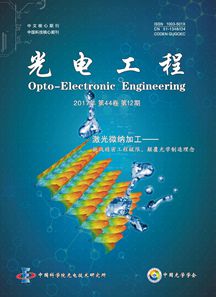